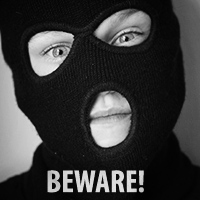 In an effort to hone my motion skills, I enter contests from time to time and have put together a great crew for producing films or shorts that (I’m proud to say) have received awards. The most recent effort was a one minute “commercial” for TechDeck, those miniature skateboards kids (including my eight-year old son) play with.

Another contest is the 48-Hour Film Project, which I’ll be heading up a team in mid-July here in Detroit. Our warm up was a local community college’s 48-Hour challenge this past winter where our team took one of the three prizes offered.

Today, a good friend asked if I’d be interested in taking part in a contest run by the folks at a company called Zooppa (twitter @crowdcreativity hashtag #zooppa). From their website, www.zoopa.com:

What is Zooppa?
Zooppa is the place where you can make your own ads for famous brands. Brands provide a creative brief for each competition, and award prizes for the best ads. At Zooppa you can make money, meet other creatives, grow your portfolio, and have your work seen by millions. Whether you’re film maker, an animator or a graphic designer, Zooppa is the place for you.

Actually, Zooppa might NOT be the place for us, read on…

At first, it all sounds great, the contest my friend asked me to participate in is one sponsored by allrecipes.com titled “Firehouse Cooks”. It sounds like it could be a blast to produce a video for the contest; from the blurb on the contest info page: “Your mission [is to portray] five-alarm excitement in the kitchen with the nation’s firefighters. Make a video showing America’s bravest in a whole different light, offering a behind-the-scenes look at how firefighters live, cook, and eat when they’re not fighting fires or saving lives. Make it with these words in mind: friendly, family, inspirational, and humorous.”

So far so good… but scrolling down, one sees in the “Special Terms for This Contest” that “Entrants do not retain any ownership of or copyright in any Contest submissions.” Not just the winners, but every entrant turns over the copyright and ownership of the video they produced.

Huh? Sounds like a great way (albeit horrible for the creator!) for allrecipes.com to get free (absolutely free!) video content that they can re-purpose in any way they like with no compensation to the creator.

Today I tweeted to zooppa:

To their credit, they replied:

Really? I’d call that #fail. zooppa puts the blame for sticking it to creatives on their clients. Why doesn’t zooppa explain to their clients that the client’s terms are egregious and instead stand up for creatives? Feel free to tweet them to ask! (Again, twitter @crowdcreativity hashtag #zooppa).

(To be fair, allrecipes.com is offering a total of $15,000 in prize money split up between the top 20 finishers, but big deal… that’s a small price to pay for what could be upward of 50 one-minute commercials submitted by hopeful creatives. In fact $15,000 wouldn’t cover a fraction of the the production of a professionally produced one-minute spot.)

As a National Board member of ASMP (American Society of Media Producers) I see many requests from our members asking that ASMP contact those who run contests such as this one whose T&C are just plain egregious to creators. So many contests in fact, that ASMP would find itself no different than the proverbial Dutch boy running out of fingers to stop leaks in the dike.

Be sure to read the terms and conditions for every contest you contemplate entering. Don’t give your work away for free.

Ha! Just realized the crook in the ski mask is Little Blake. The eyes give him away.

Definitely Addison. I'm not sure the teachers (or the general public for that matter) understand the reach of the T&C of most contests. As creatives we pay attention to such language, but the layman probably does not... and the contest organizers likely count on that.

I see schools encourage their students to enter contests, many of which turn out to be rights grabs. Yes, winning (if you can call it that), may give the student, as well as the school, bragging rights but teaching students to understand terms and conditions and the value of their work in general, would serve them better in the long run.

This is a great post Blake. Thanks for sharing.