Yes, People on Your Website Need to be Released 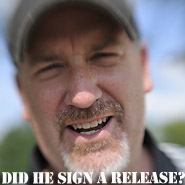 Many photographers forget that their websites are a form of advertising and as such the individuals in the images must be released. Put another way, if your website is used to attract potential clients or customers, it is a commercial advertising vehicle. Your use of the likeness of any person on your website would likely be deemed an advertising use, and might violate right of privacy/publicity laws.

The American Society of Media Photographers (ASMP) has Property and Model Releases along with a great tutorial on releases, on it’s site, available to anyone here. I keep copies of the simplified release in my camera bag and in my car’s glovebox. That way, even if I’m carrying a point-and-shoot camera while visiting a park with my son, I have releases handy.

Worth noting, because the question will likely come up, is the question of editorial use. My friend and photographer consultant Leslie Burns put it rather eloquently recently: “The reason that editorial usually doesn’t require releases is that the courts have decided that, in the balance, the freedom of the press is more important than an individual’s right to privacy/publicity. That’s it. Not because of anything dealing with profits.”

At the end of the day, my advice is: get releases, always. I tell other photographers in my lectures: You’ll never have to say no (because the subject is not released) to that Fortune 500 company when they see your great shot on Flickr of your mountain-climbing buddy and want to license it for an ad. It happened, (and it’s going to happen more and more), a Fortune-500 company did license a shot after coming across it on Flickr. You never know!

(A portion of this article, written by me, Detroit photographer Blake Discher, first appeared in The American Society of Media Photographers’ widely read Strictly Business blog.)