Negotiating? The Next One to Speak Loses 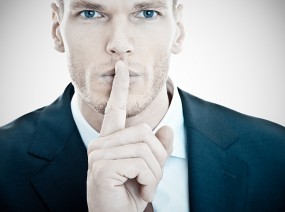 Long-time members of ASMP (the American Society of Media Photographers) may remember Detroit-based photographer Jay Asquini.  He served many years on the National Board of ASMP and was always willing to help emerging photographers.  After suffering a fall while trimming a tree that resulted in a severe neck injury, Jay retired from photography.  Before retiring, Jay used to speak to chapters around the country on business practices.  His phrase, “the next one to speak loses”, has always stuck with me.

He would go on to explain what he meant.

Jay said that photographers when presented their estimate numbers on the telephone, they rarely presented it with conviction and firmness.  Instead, after going over the line items in an estimate, a photographer would say something like, “So the total is $2,250.”  And then, if they didn’t hear a reply within a nano-second, they would blurt out something like, “Ahh-hhh, but we could do it for $1,900!”

He implored everyone in the room to firmly present their bottom line, and then keep quiet.  Hence, “the next one to speak loses.”  Avoid the temptation to say anything, let the other person react first. I’ve always said, you need to be a good listener when negotiating with a client. Speak less, listen more!